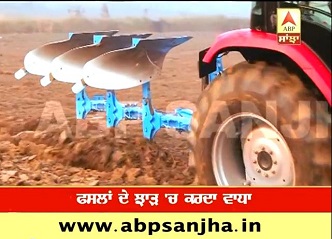 ABP SANJHA recently covered in its AGRICULTURE SPECIAL news section about Germany's LEMKEN plough (Hall) which increases production and enhances crops yield by 20%, the plough came from Germany has become a topic of discussion among farmers. LEMKEN claims that this modern German technology can go upto 14-inch deep layer of soil and overturned the fertile layer of soil to make a fertile land, in result of that the weeds of crop like wheat and paddy also mixex into the soil and make it more fertile land. Less use of pesticide which in turn reduces the cost of land preparation.

The life of LEMKEN plough is 4-5 times more with low maintenace by saving the diesel cost and also helps in reducing the wear and tear of tractor tyres.

Now Punjab Government is extending the subsidy on LEMKEN plough, which helps farmer to have modern technology implements with greater crop yield.

LEMKEN India has celebrated its 5th Anniversary on 2nd November’17 in the... read more